Episode 32: Freya Marske - ”One Version of Yourself, at the Speed of Light”

This time around, I'm joined by multiply-Hugo-nominated podcaster and author of the forthcoming novel, A Marvellous Light, Freya Marske (@freyamarske), thus completing the prophecy. Freya reads an excerpt of her story, "One Version of Yourself, at the Speed of Light," which leads us into a great discussion about using our day-job-expertise in our writing, the end of Be the Serpent, a hot take about historical fiction, and of course a lot of talk about fanfic.

My episode being interviewed by Sharon Hsu

The Archive of Our Own (AO3)

Ninefox Gambit, the first book of The Machineries of Empire series, by Yoon Ha Lee

Friends at the Table (specifically Sangfielle, their current season)

Seducing the Sorcerer, by Lee Welch

The works of T. Kingfisher

Join us again next month, when my guests will be Merc Fenn Wolfmoor and Nina Niskanen!

This time around, to open out our unintentional Oceana month, I'm joined by the delightful Rem Wigmore (@faewriter), whose novel, Foxhunt, is available now, wherever you get your books, from Queen of Swords Press. They read us a slightly-spoiler-y excerpt of the book (you can skip ahead 11:40 from the start of the reading if you'd rather not be spoiled) that leads us into some great conversation about banter, taking the piss, and how mythology might survive into the future.

The Realm of the Elderlings series, by Robin Hobb

These Violent Delights, by Chloe Gong

Join us again on the 15th of October, when my guest will be Freya Marske!

This time around, I had the pleasure of talking to Hugo-award-winning author and editor Elsa Sjunneson (@snarkbat)! Elsa reads an excerpt from her terrific currently-trunked novel, The Livelong Night, which launches us into a conversation about representation, trunking (the bad kind), disability, and her forthcoming memoir, Being Seen, which releases this October!

Things we mentioned this episode:

Gideon the Ninth, by Tamsyn Muir

The Book of Eli

The ghost of Peter Stuyvesant

Reviews of Being Seen from Kirkus and Booklist

“I Belong Where the People Are: Disability & The Shape of Water," by Elsa Sjunneson

Children of a Lesser God

"Blind Women Get Married Too," by Elsa Sjunneson

The Poisonwood Bible, by Barbara Kingsolver

Join us again next month, when my guests will be Rem Wigmore and Freya Marske!

Shelter in Place 18: Sarah Hollowell - A Dark and Starless Forest

This time around, we're joined once again by Sarah Hollowell (@sarahhollowell) whose debut, A Dark and Starless Forest comes out September 14th! Sarah reads an excerpt of her book that leads us into a fun conversation about the terrible faces that cats make, natural disasters, and probably some stuff about the book, too.

The geology of Indiana

This Poison Heart, by Kalynn Bayron

The Ones We're Meant to Find, by Joan He

Each of Us a Desert, by Mark Oshiro

Beneath the Rising, A Broken Darkness, and And What Can We Offer You Tonight, by Premee Mohamed

Join us again in two weeks with my guest, Elsa Sjunneson!

This time around we're joined by Leigh Harlen (@leighharlen) to talk about the new printing of their collection, Blood Like Garnets! Leigh reads to us from their pissed off, queer response to that wizard series, which leads us into a discussion on new and exciting forms of self-rejection, and why community is so important to us as writers.

The Silence of the Lambs

The Babadook as a queer icon

Night of the Living Dead

Join us again in September, when our guests will be Sarah Hollowell and Elsa Sjunneson!

Shelter in Place 17: Premee Mohamed - And What Can We Offer You Tonight

This time around, I'm rejoined by Premee Mohamed (@premeesaurus) to talk about her amazing new novella, And What Can We Offer You Tonight, out now from Neon Hemlock! After hearing the first chapter of the book, straight from the mouth of the author, we get into all the stories that Premee still wants to tell in the world of the book, and we talk fondly of a viscerally-uncomfortable scene from the book that we both love to bits. We also take a bit of time to talk about the other three (3) books that Premee has or will have out this year, all of which are well worth your time.

My very on-brand outfit for this audio recording 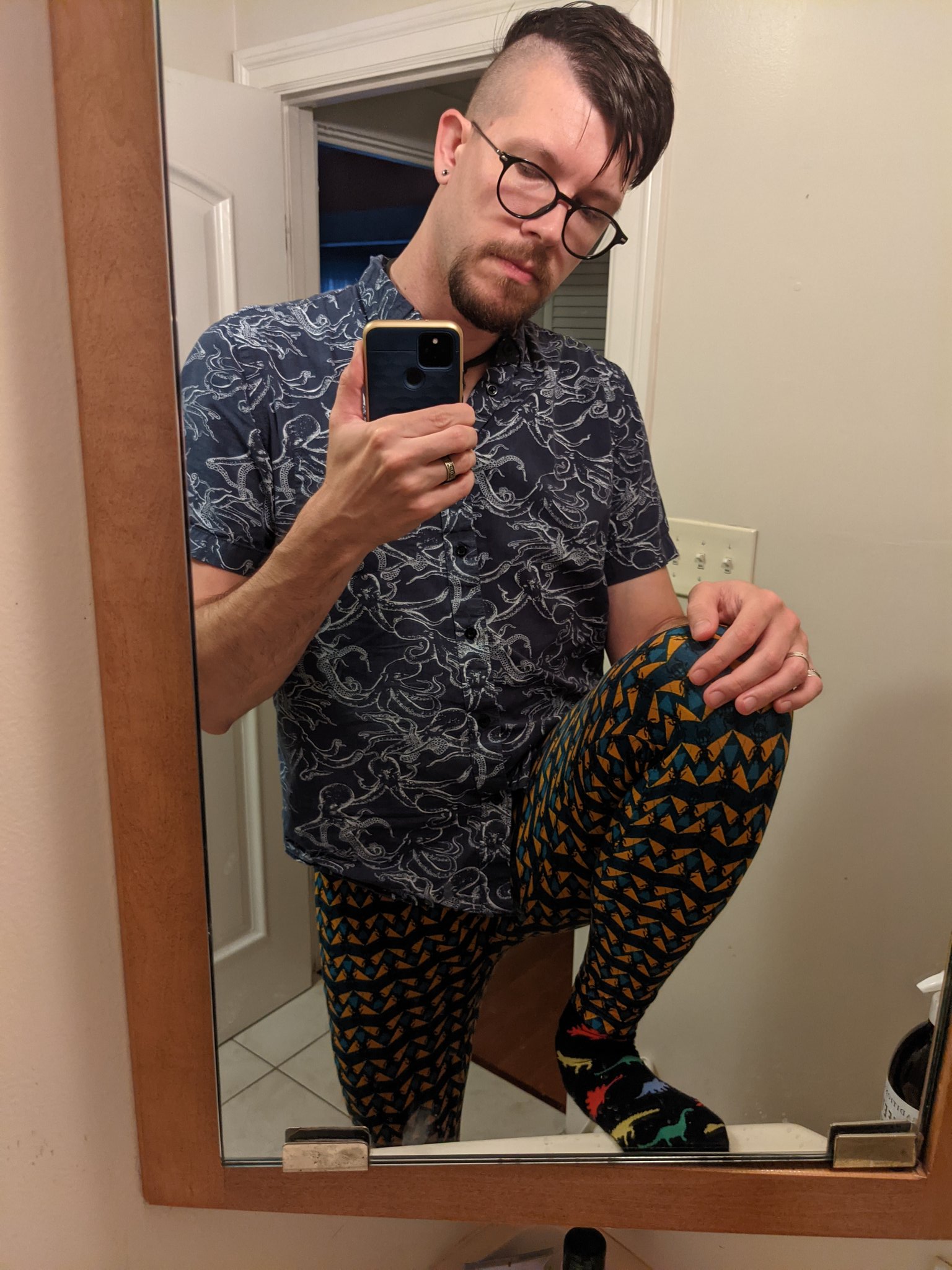 The And What Can We Offer You Tonight launch party

The Old Man and the Sea, by Ernest Hemingway

These Lifeless Things, by Premee Mohamed

The Annual Migration of Clouds, by Premee Mohamed

Beneath the Rising, A Broken Darkness, and The Void Ascendant, by Premee Mohamed

Premee on We Make Books

Join us again later this month, when I'll be talking with Leigh Harlen!

After some trials and tribulations with our audio, L. D. Lewis (@Ellethevillain) joins us on this episode with her amazing climatepunk story, "The Last Stand of the E 12th St Pirates." Following the reading, we talk about how that story came about before taking some time to talk about Fiyah Literary Magazine and Fiyahcon (September 16-19, 2021).

And What Can We Offer You Tonight, by Premee Mohamed

Join us again next month, when Premee Mohamed and Leigh Harlen will be my guests!

To open pride month this year, we're joined by Jen Karner (@articulatedream), whose sapphic debut, Cinders of Yesterday, releases later this month! Jen reads us a delicious excerpt of their book, and we chat about some of her favorite bits, the chaos energy of their drafting process, and why we shouldn't treat her as any kind of example for how publishing usually goes.

Children of Blood and Bone, by Tomi Adeyemi

Join us again on June 18th, when our guest will be dave ring!